Cat Lovers Give Stray Cats Food, the Kitties Bring Their Fur Family to Their Porch…

These cat lovers gave community cats food, and a while later the kitties decided to bring their fur family to their porch. 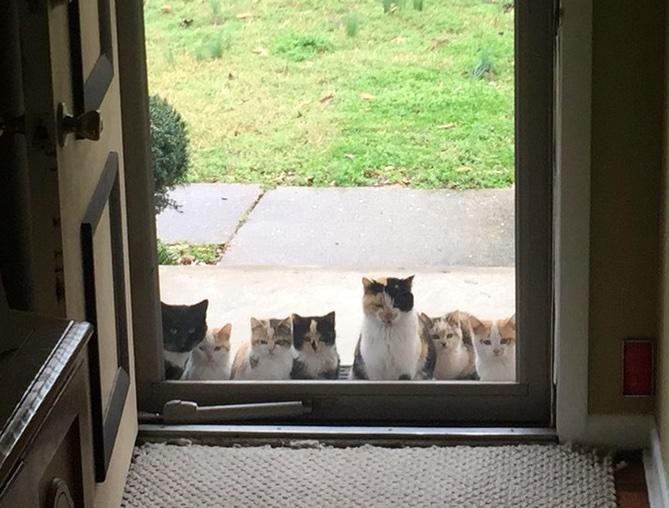 A couple offered a kitten food one day and he kept coming back. A few weeks later, he brought his whole family to their porch for lunch (photo above). They couldn’t turn them away.

Just like this family, many other cat lovers have also experienced similar encounters. A stray cat had been coming to reddit user TaraRosey‘s home for food, then one day, “she brought some guests with her,” she wrote on reddit.

“(My aunt) works for a feline shelter… She’s going to help us catch them and then find them homes!” 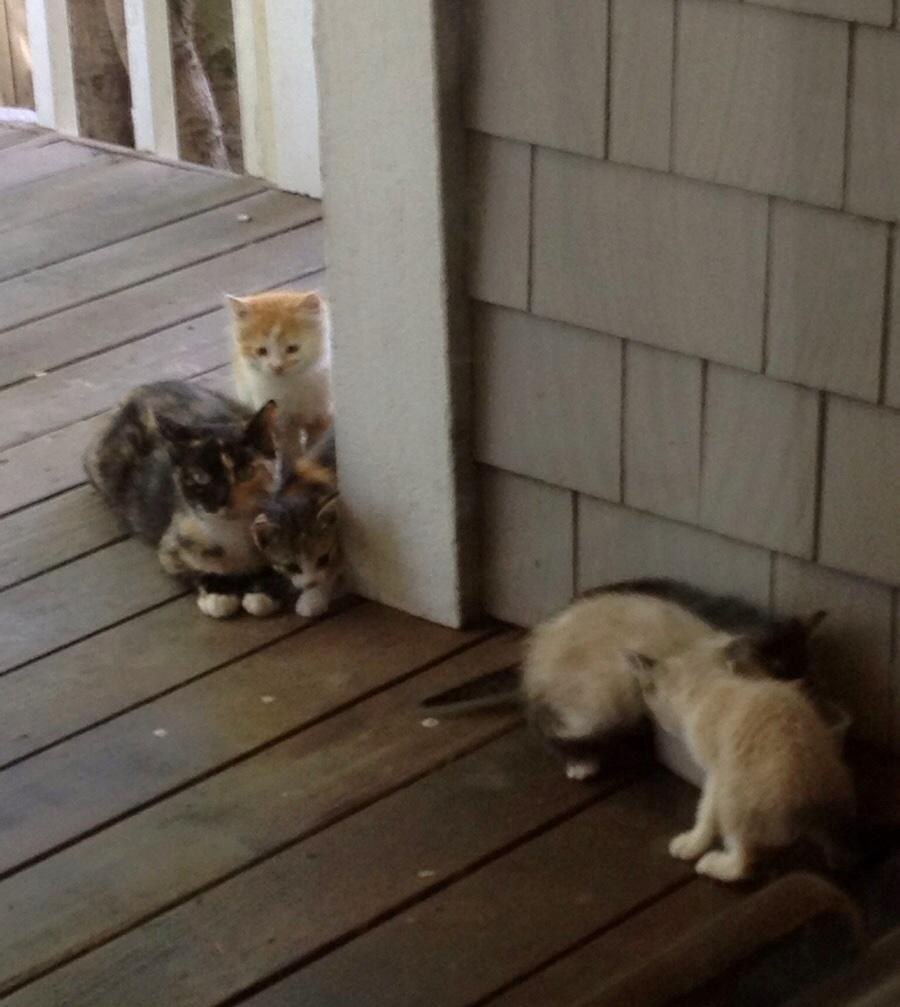 Another woman gave two little kittens food one night. This is what she found waiting for her on her porch the next morning.

She knew that they needed a home so she took them in. “My mom told me that when she went outside to give them water and some food that they crawled all over her and meowed at her until she let them in the house. She says they’ve been following her all day,” reddit user mandylions said.

“There is a program in the next city over that offers low cost spay/neuter programs and she plans on taking advantage of that.” 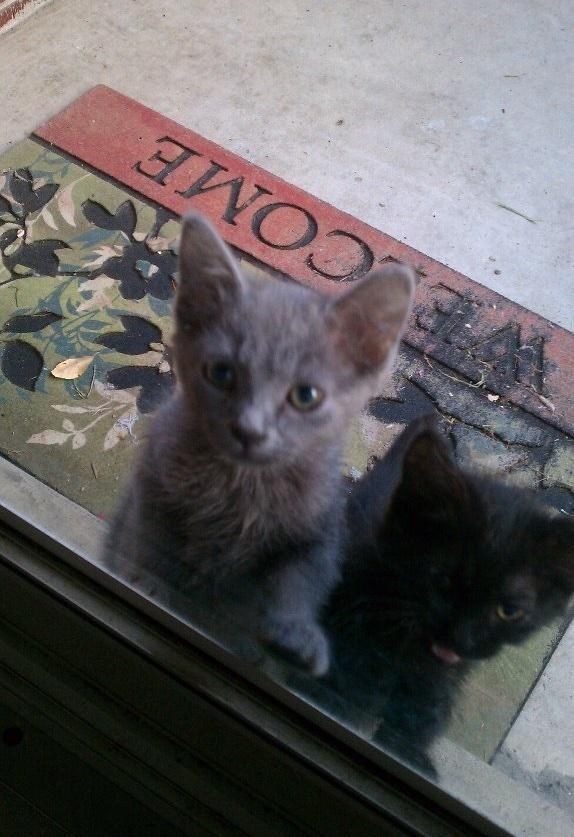 A great way to help community cats is to find a local Trap-Neuter-Return program. “TNR improves the lives of cats, addresses community concerns, reduces complaints about cats, and stops the breeding cycle… TNR improves the co-existence between outdoor cats and humans in our shared environment,” Alley Cat Allies said.

“It is the humane and effective approach for stray and feral cats.” 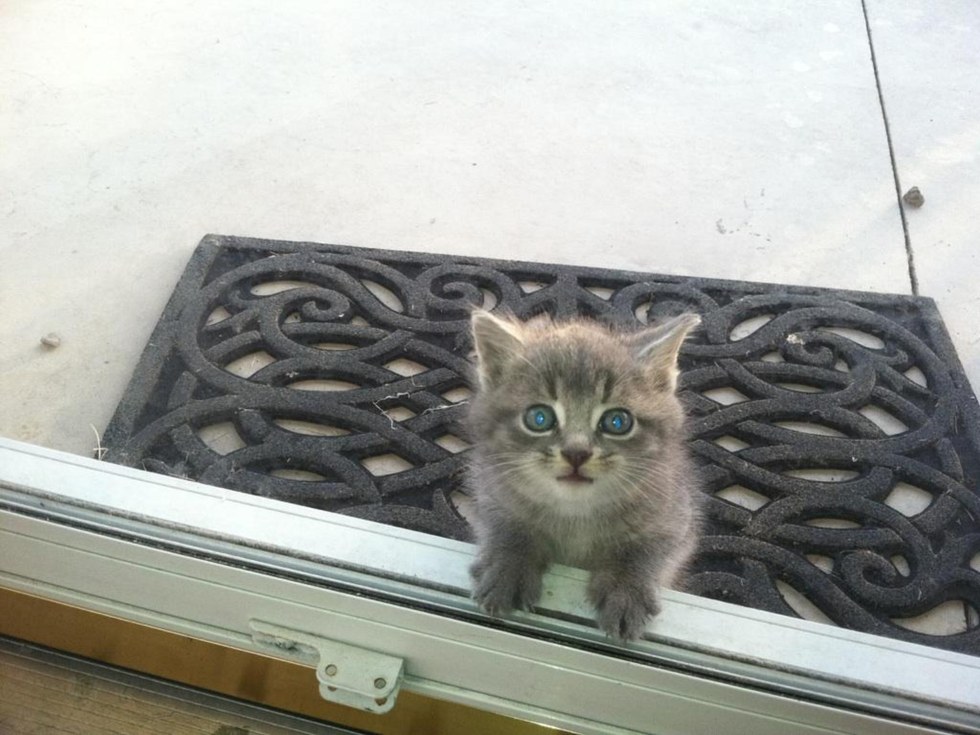 This little stray kitten found his way into a family’s heart. “My mom found this little guy crying under our porch,” reddit user vldmrt15 said.

They stayed up that night hoping the mother would return. “They think that the mom was moving her litter from the woods in our backyard to the porch, and so far she hasn’t returned.”

They welcomed the little fur buddy into their home and named him Puff. 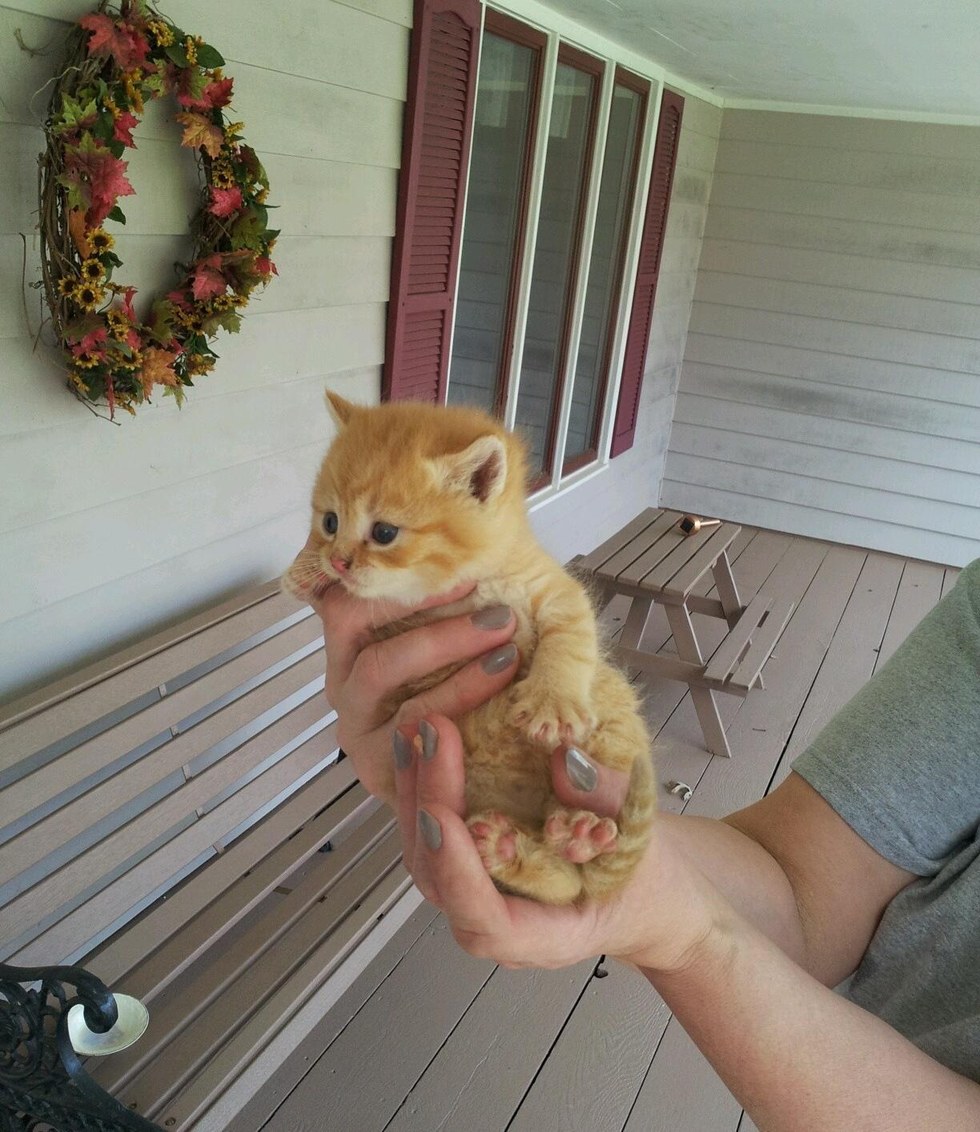 In a different neighborhood, a family heard meowing coming from under their porch one night. “I cut a hole into it. Look who came out,” reddit user mrhickey said.

They took them all into their loving home and planned to have them spayed and neutered when they were ready. 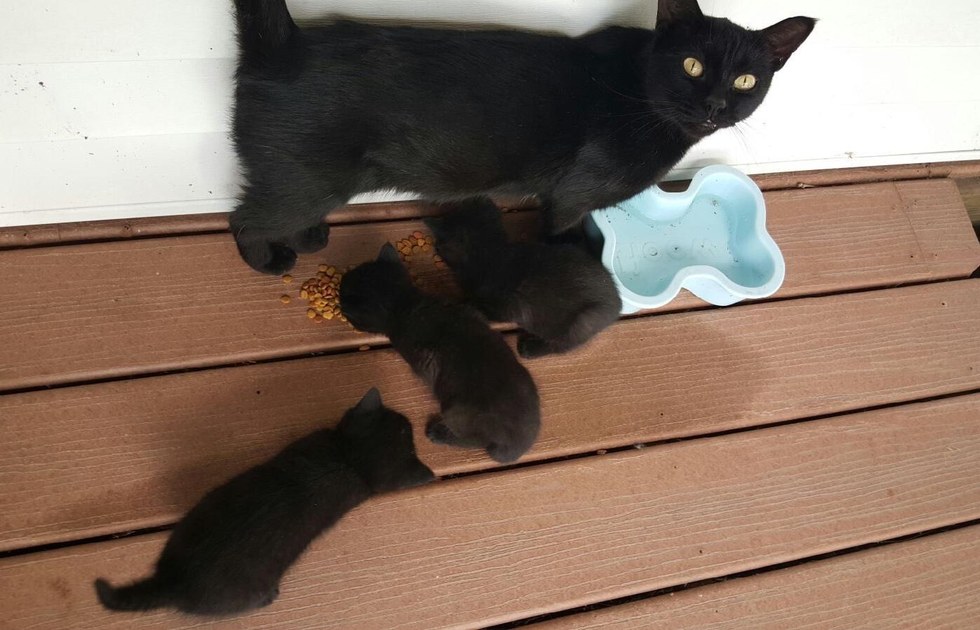 This tortie cat decided to have babies in a bucket on a resident’s porch.

“Neighborhood stray I’d been caring for had her kittens in a bucket on my porch,” reddit user CatTaxAuditor said. 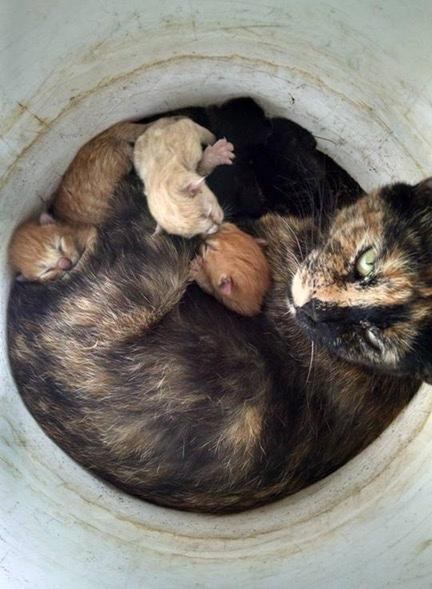 They took the furry family inside the house to foster and later found them all homes. They fell in love with the mother cat, Portia, and couldn’t part with her. 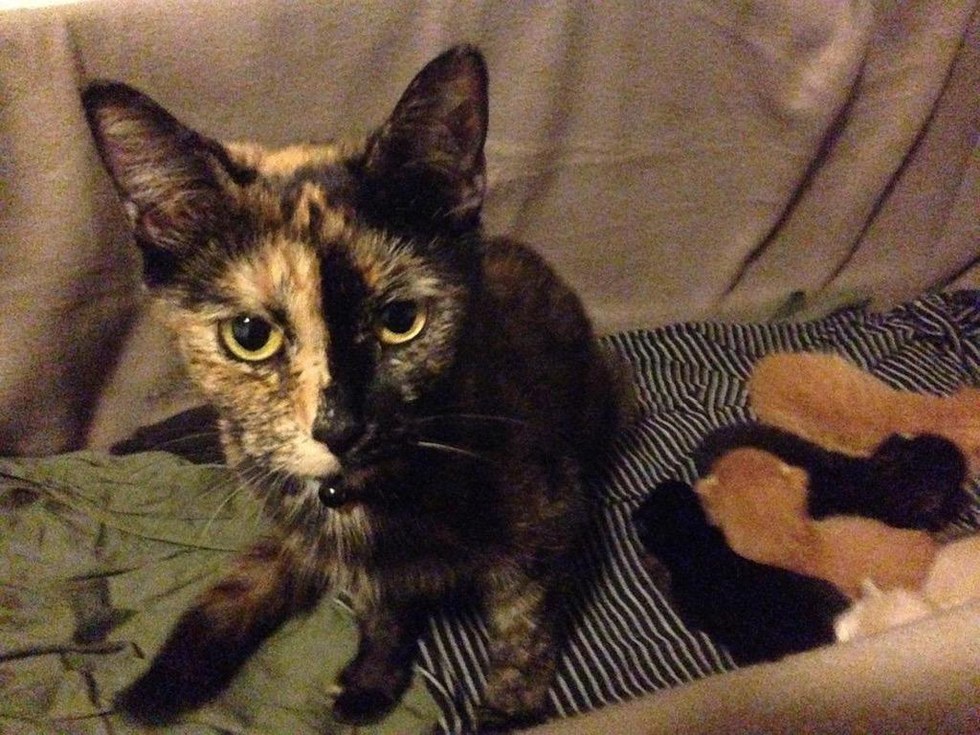