Raise your hand if you’re spending a lot of time reading at home these days. Us too. Here are some books for cat lovers to read while self-isolating. We hope you enjoy. 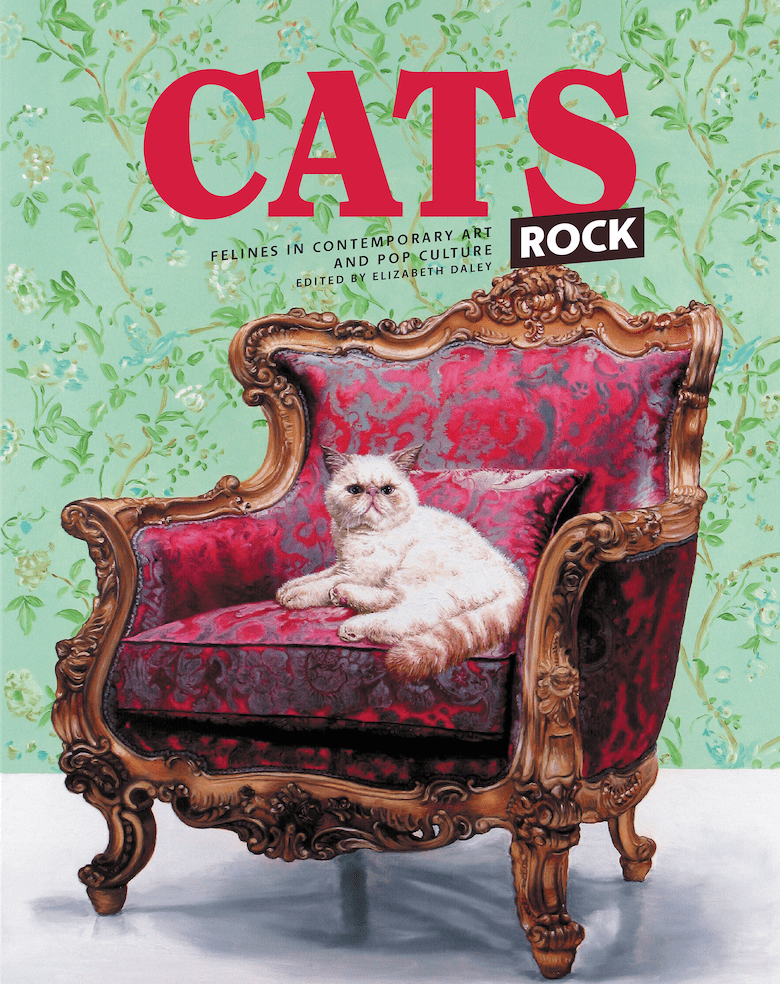 Cats Rock: Felines in Contemporary Art and Pop Culture
The cat has beguiled artists for generations with her beauty, mystery, grace and, let’s face it, her cattitude. Today, the cat has taken over the internet and popular culture. This gorgeous collection edited by Elizabeth Daley features contemporary art by artists obsessed with felines. The art in this book runs the gamut from simple and sophisticated to downright creepy. There’s truly something for everyone.

Here are just a few of my favorites: Mark Ryden, whose blend of pop culture and surrealism creates beautiful (and somewhat unsettling) work; photographer Hugo Martinez and his quirky photo series that centers around his beloved cat Princess Cheeto; Yuko Higuchi, whose fantastical and bizarre illustrations of cats and other creatures have gained her a cult following; and Claire Belton, the creator of Pusheen the Cat, the sweet and plump kitty who loves adventures. And just a note — some of the work is a bit risqué and might not be appropriate for kids. Published by Cernunnos. 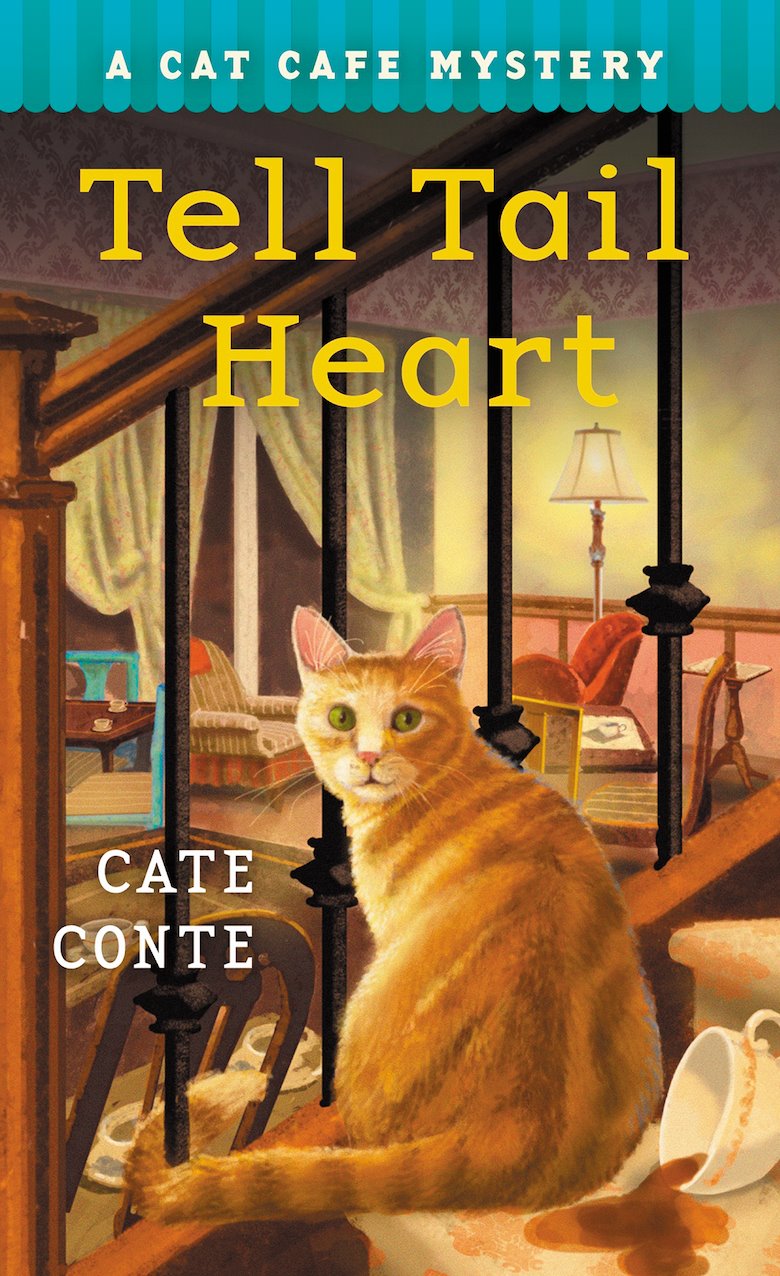 Tell Tail Heart
Cat café owner Maddie James finds her business at risk of becoming a crime scene in this latest installment of the Cat Café Mystery series by Cate Conte. All Maddie wants is some downtime during Daybreak Island’s off-season, so she can tackle her to-do list: Her grandfather’s house-turned-cat-café is under construction, she’s looking for places to open a new juice bar, and her relationship with dog groomer Lucas has taken a good turn. But on the same day that a big-name writer, who’s on the island working on a new project, ends up floating in the canal, an eccentric woman shows up at the café claiming that Maddie’s cat, J.J., is hers. As the investigation into the dead writer heats up, Maddie realizes that even neighbors she’s known her entire life might be keeping dangerous secrets — and there’s a killer on the prowl. Published by St. Martin’s Press. 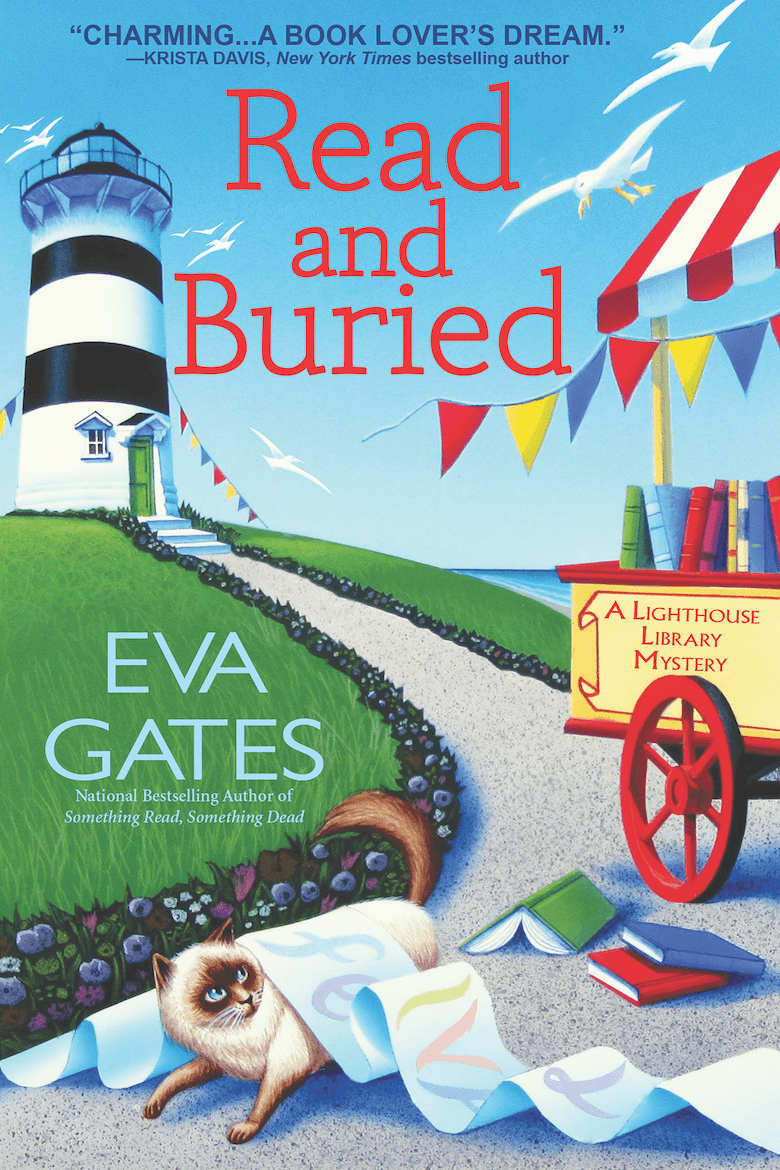 Read and Buried
In the latest installment of Eva Gates’ Lighthouse Library mystery series, the Bodie Island Lighthouse Library Classic Novel Book Club is reading Jules Verne’s Journey to the Center of the Earth. As coincidence would have it, workers are digging into the earth to repair the Lighthouse Library’s foundations. But the digging is halted when librarian Lucy Richardson unearths a battered, tin box containing a Civil War-era diary, along with a hand-drawn map of the Outer Banks and a page written in an indecipherable code. Later that night, Lucy finds the body of historical society member Jeremy Hughes inside the library, and the map and coded page are nowhere to be found. After finding out that a fellow librarian had a past with Jeremy, Lucy reluctantly becomes involved in the case. And when a second break-in occurs, it becomes clear that someone is determined to crack the code. Published by Crooked Lane Books. 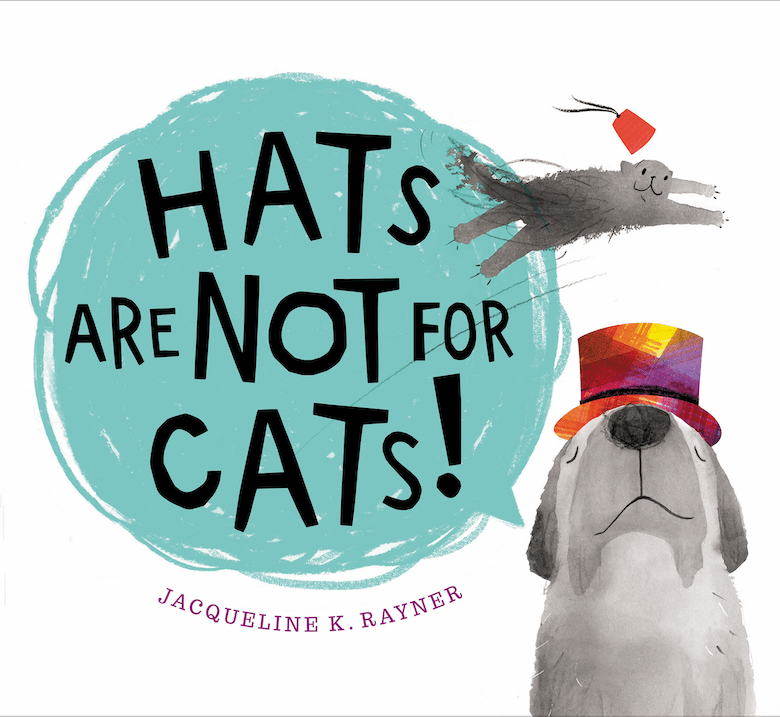 Hats Are Not For Cats
When a big, bossy dog declares that “Hats are not for cats,” the feline star of this cute children’s book by Jacqueline K. Rayner is determined to prove him wrong. This fun, new twist on an age-old rivalry features playful watercolor illustrations and a story told entirely in speech bubbles. It will take one determined cat and a lot of hats to bring this standoff to a peaceful (and satisfying) conclusion. Published by Clarion Books.